Sorry for “borrowing” the tag line from Monday Night Football…but I am ready for some NASCAR!

Here’s what I found out the local Walmart last night.

I love the Swagger metallic red color.  Don’t get me wrong I love that fact that his Office Deport car is red and black, but the metallic red is just cool!

I also bought this as well. 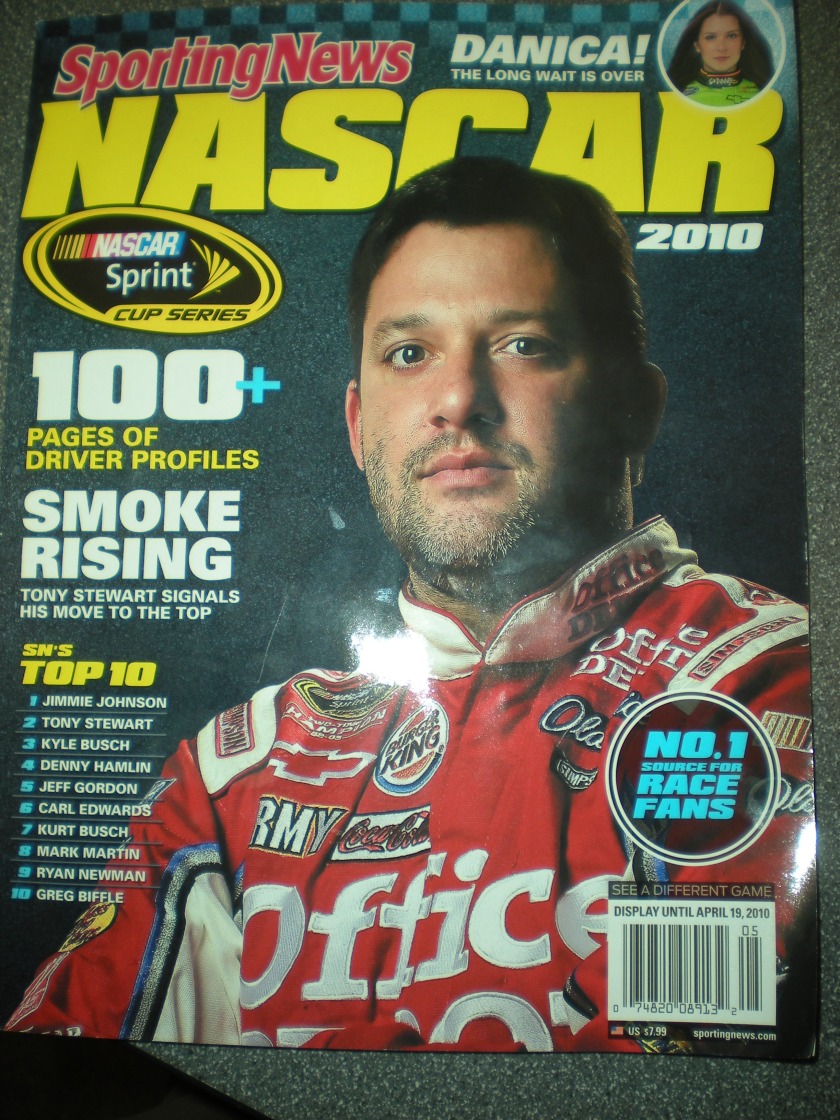 I haven’t gone through the entire magazine yet.  There is an interesting article on the Busch brothers.  Notice who is on the cover…not Jimmie, but Tony.  And if you look at the their “Top Ten” notice who is listed as 2nd right behind defending champion…you guessed it, Mr. Stewart himself.  This is definitely different than where is was picked last year.  I can’t remember if it was The Sporting News or another one of the magazines, but one of them didn’t have Tony qualifying for The Chase.  Let’s recall…where did he end up at the end of 2009?  I believe it was 6th.  No bad for a driver who left a championship team at Joe Gibbs Racing to start out on his own.